Posted at 21:52h in Events by Tenley Haack
0 Likes 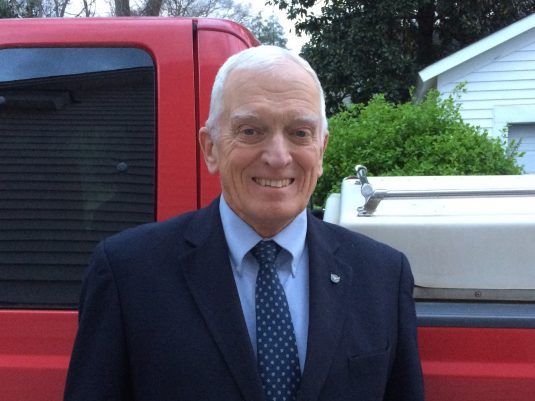 Dr. Hugh McCampbell is a retired large animal Veterinarian from Sweetwater, Tennessee.  He was raised on a dairy farm and has worked with horses all his life.  He and his brother had Yorkshire shoats and Shorthorn steers as 4-H Projects growing up.

Dr. McCampbell has performed for many years at livestock conventions, Veterinary Meetings, and similar events all across the country.  He is the former Head Extension Veterinarian for Tennessee, and practiced in Texas, 2 places in Oklahoma, and set up his own practice in Sweetwater.  The last 15 years of practice he had a store room and a truck, doing exclusively large animal practice.

He earned a B.S.in Biology from Maryville College in Maryville, TN, an M.S. in Biochemistry and Entomology from Iowa State University, and took his D.V.M. at Auburn University.  He is a veteran of the US Army Veterinary Corps, and is a member of the American Legion.

Music has always been a part of his life, starting with the youth choir at church, and including Trumpet, French Horn, voice, and some piano lessons.  He has actually kind of come in the back door learning how to play the piano, which he has played in rock ‘n’ roll and dance bands, along with the guitar.  Band, orchestra, and a chorus took up a lot of time growing up, but he also played a year of football in college, and earned letters in wrestling and track.

He plays the piano and his wife, Marty plays the organ at Christ Presbyterian Church, PCA, where she is the choir director.  Dr. Hugh is a choir member and ruling elder.  For several years, they have gone as missionaries with the Christian Veterinary Mission organization to the Lakota Sioux Indians in Pine Ridge, SD, and have gone with their church on mission trips to Cherokee, NC.

He is a member of the AVMA, TVMA, AABP, AAEP, AA Small Ruminant Practitioners, NCBA, and Tennessee Milk Producers.

Dr. Hugh and his wife have a boy between two girls, whose families have blessed them with 14 grandchildren.  They have been married 50 years.